By: Jay Lachhani|Published on: May 20, 2022|Categories: Hyderabad| 0 comments Why Should the Kids Have All the Fun?

As we get older, life gets more and more hectic. Sometimes, it can seem like all work and no play. Well – now’s the time to change that! Here’s a list of weekend destinations in Hyderabad that offer fun activities for adults. Take a look! Have you ever taken part in a mystery room? It’s a unique interactive entertainment experience.

The participant has to find their way out of a safe and supervised locked room situation. They do this by solving puzzles, taking on adventurous missions, and winning challenges and tasks – in a race against the clock.

The best in Hyderabad is LockNEscape, situated at Banjara Hills.

Every room has a theme and you can pick one that intrigues you the most. There are 7 to 8 different options, with different difficulty levels.

And you won’t need to bring anything with you – everything you need to do the tasks will be available inside the room.

It can be a cool dating experience, or you can play with a group of friends. That’s because the teams can have as few as 2 or as many as 8 people each.

You can even fit it around your schedule – as you can book your preferred game and time slot in advance.

So get those little grey cells working – and head to your nearest mystery room! 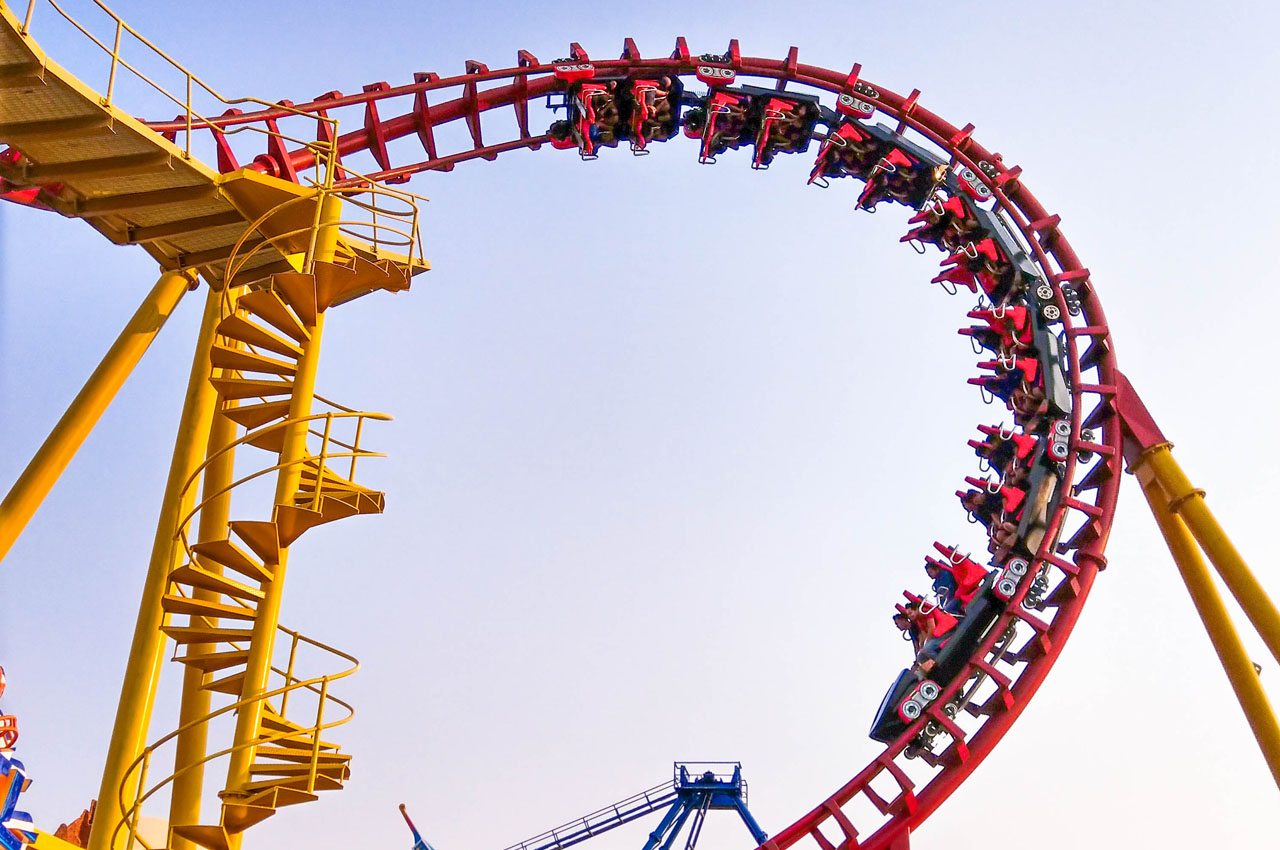 Yes, we know most people tend to go to amusement parks with kids – but look at the tagline of this post. Why should kids have all the fun?!

Our recommendation is the classic summer getaway, Wonderla. It’s great for family outings or school excursions. But it’s also ideal for picnics and weekends out for adults.

The park has more than 40 thrilling rides. These include huge water slides, super fast land rides, rain discos, and more.

Some of the must-try options are:

If this sounds scary – don’t worry! All rides are compliant with international standards of safety.

The park also holds live shows by some of your favourite musicians and bands! And of course, there are multicuisine eateries for all your nosh needs.

Be sure to take a look at the park timings before you book your tickets, as they can differ from weekdays to weekends.

At time of publishing, the timings were: 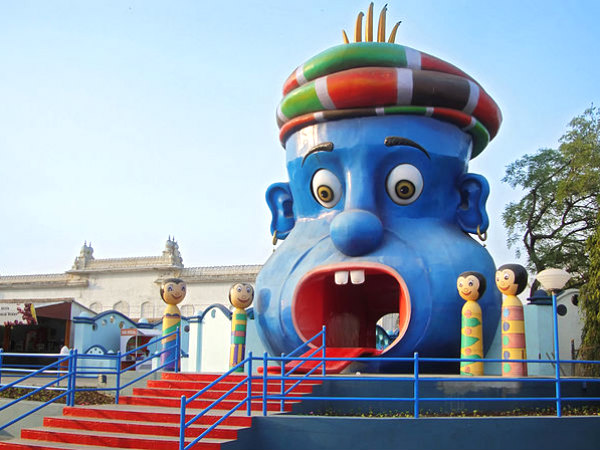 What’s the difference between theme parks and amusement parks, you ask? Well, theme parks tend to be centred on – you guessed it – a shared theme. Amusement parks are more activity-oriented with various rides and games that don’t necessarily have a common focus.

We’ve got another classic to recommend to you: Ramoji Film City.

The sprawling park is said to be the world’s largest integrated film city. It has both live shooting locations, actual sets used in film shoots and recreations of sets from iconic films by famous directors, and starring equally famous actors.

We give a giant thumbs up to the  live film city tour in a bus. It takes you around studio sets used in iconic movies like Dilwale, Baahubali, The Dirty Picture, Saawariya and more.

The park even has an Eco Zone that’s home to various species of birds.

There are star-studded eateries like The  Galaxy, Hollywood, Super Star, Dil Se, Jimmy’s Drive In and more for gourmet dining experiences.

And if rides really are your thing, the Sahas Adventure arena has activities like the Acrobat’s Adventure Climb, Planet Zorb, Shoot to Thrill, Daredevil’s Trail and more. Remember how much fun we had on jungle gyms as kids? Would it surprise you to know that there’s an adult version of that?! Welcome to indoor rock climbing!

It’s a fun activity, a way to bond with friends and a way to get fitter and stronger. For this unusual indoor-outdoor mesh sport, we recommend Crag Studio, in Gachibowli.

The unique rock-climbing gym welcomes beginners as well as passionate practitioners. It has the largest indoor rock climbing wall in Hyderabad, with multiple climbing routes based on your level of expertise. There are classes for you to take if you want to improve your skills.

The venue can accommodate groups of 15-20 people at once. So head there with a group of friends for a rocking time!

Finally, it’s time to jump for joy – on some trampolines! This weekend activity will have you bouncing off the walls – and you can indulge in it at Sky Zone Park.

There are multiple outlets of the Park around Hyderabad, with the original one being at Gandipet. It’s said to be one of the first, and biggest, trampoline parks in India.

Freestyle Jump, Foam Zone, Drop Zone, SkySlam, SkyLadder, SkyJoust, Ultimate Dodgeball, SkyLine, Warped Wall and Glow – all of these trampoline activities and more are available there. It’s even endorsed by some of Indian cinema’s biggest stars – how can there be a higher stamp of approval?!

The venue offers packages to celebrate events, and you can have add-ons to your packages for an even better experience. There are different ticket charges for peak and non-peak hours, which you should have a peek at before booking. The timings for the Gandipet location, at time of writing, are 12 pm to  8 pm.

So which spot do you think you’re heading to this weekend? (Let us know in the comments!)